You asked for a larger turbo that could flow more intake air at higher RPM, where the stock turbo runs out of breath, and that is what you got. MHI is BMW's OE supplier for turbocharged engines, so you can expect the same original BMW factory quality. This TD04 20T is MHI's high-performance bolt-on upgrade turbo for all BMW N20 engines. It has a billet machined compressor wheel that's bigger than stock, allowing this turbo to spool faster than stock, and make more power. No losses here. You'll see 20% power gains across the board from this plug-and-play solution.

The N20 MHI turbo upgrade is really a perfect upgrade for N20 engines. Increasing the boost with the stock turbo will quickly reveal its deficiencies, including over-speeding the turbo causing more heat and not much more power, all while decreasing the life of the turbo. Heat is spread throughout the rest of the engine and accessories overwhelming the oil and cooling systems. The bigger MHI (OEM BMW) turbo allows more boost with less effort and heat.

The MHI N20 turbo is the same twin-scroll design as the original turbo. This means boost lag is as close to stock as possible and low-to-mid-range torque also does not suffer. The internals have been upgraded to flow better, especially at higher RPM.

MHI went with a machined billet wheel instead of the stock cast piece for extra strength, lighter weight, quicker spool, and improved durability. The bigger turbo flows more air even at the stock PSI so it's not overworked, has lower system temperatures, moves a greater volume of air, and does not strain internal components. We've found this turbo makes noticeable torque and horsepower gains even without adding more boost. If you are tuned for more boost, the effects of this turbo are even more dramatic.

This is a 100% bolt-on replacement, complete with the manifold, integrated turbo, as well as a new electronic wastegate assembly. It comes as pictured, and is the most complete and ready-to-install N20 Big Turbo on the market. And it's from the OE manufacturer. This is not a rebuild or a Frankenstein creation using recycled parts, like what the competition sells. And you're not getting half of a turbo or part of the package. You're not swapping the guts of your current stock turbo either. Because this MHI turbo is manufactured new, there is no core charge. 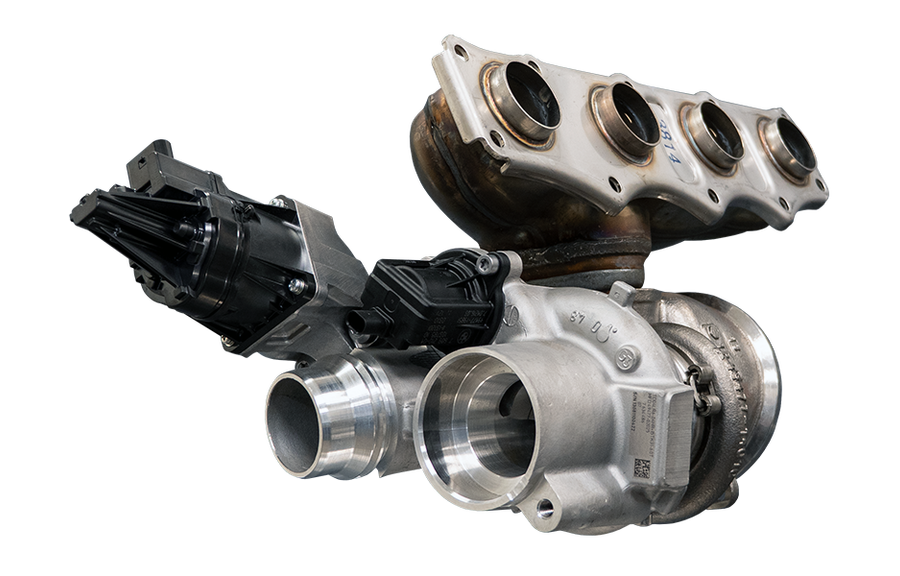 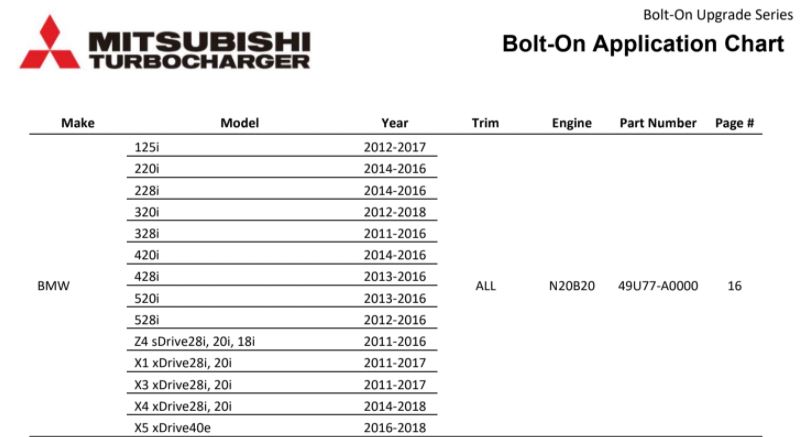 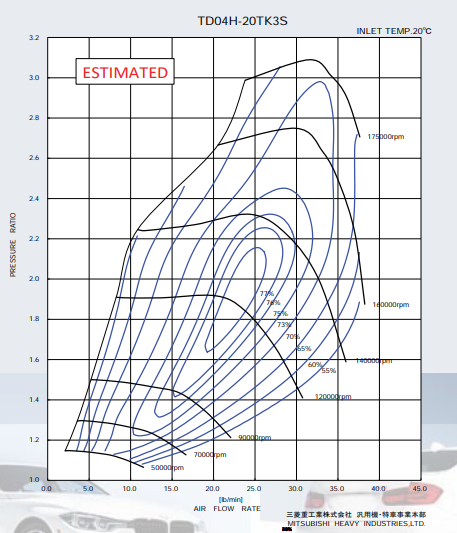