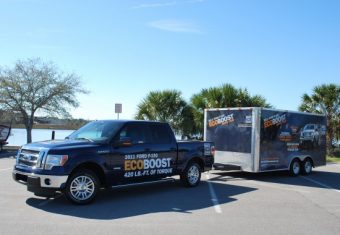 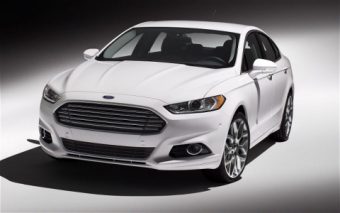 All about Ford’s new family of turbocharged engines

EcoBoost is Ford Motor Company’s top sub-brand. As significant as VTEC was for Honda in the 90’s, EcoBoost has done even more for Ford Motor Company. This marks the first time a major auto company leveraged the identity of a turbocharged engine in such a strategic and effective way. EcoBoost improves fuel economy by as much as 20 percent but costs far less than the several thousand dollar increase hybrids and diesels demand. Merging split personalities ‘Eco’-friendly and turbo-‘Boost’, EcoBoost engines offer a unique combination of torque, horsepower, fuel economy, performance, utility, durability and reliability. Launched in 2011 to international acclaim, these highly refined small displacement turbocharged *ECO*boost engines have fuel efficiency MPG gains while cruising around town or at light throttle on a highway – but when pulling a load up a steep hill or stomping on the gas pedal eco*BOOST* engines spool the turbo instantly with powerful torque for controlled acceleration with unrivaled towing capacity.

The rising costs of gas along with United States Congress’ CAFE laws means all automakers must produce vehicles with incrementally greater fuel efficiency every year. MPG may be king, but no self-respecting auto enthusiast wants to drive slow and boring vehicles! When Ford set out to improve the fuel economy of their cars and trucks, they knew customers wanted to have their cake and eat it too. The most effective solution: Turbo + Direct Injection + Variable Camshafts. Ford engineers went all-in on this initiative resulting in the incredibly versatile, exceptionally strong EcoBoost turbocharged engines.

The 3.5-liter EcoBoost engine specially tuned for truck applications joined the lineup for the 2011 Ford F-150. 2010 marked Ford’s public introduction of EcoBoost and 2011 was the year F-150 received its most significant and extensive powertrain overhaul in the truck’s storied history: the flagship engine was now a 3.5L V6! Built in Brook Park, Ohio at Cleveland Engine Plant No. 1, with turbos from BorgWarner (Asheville, NC); the EcoBoost V6 is rated at 365 horsepower and 420 pound-feet of torque, with 90 percent of that torque available from 1700 – 5000 rpm, enabling the 2011+ F-150 to have up to 20 percent greater fuel economy compared to the previous year 2010 F-150. Ford was correct in their estimates that early-adopters would gravitate to the EcoBoost because of its combination of power, towing capacity and fuel economy. By the end of 2011, Ford produced 128,000 vehicles equipped with EcoBoost. For 2012 Ford tripled production of EcoBoost engines. By the end of 2012, Ford had nine (9) EcoBoost models available. By 2014 90% of Ford vehicles were available with EcoBoost powertrain. 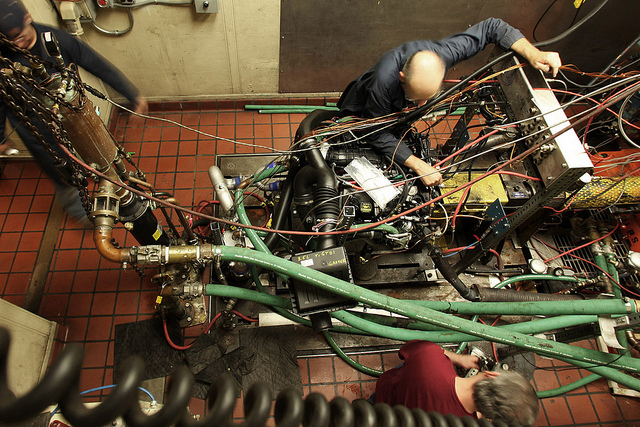 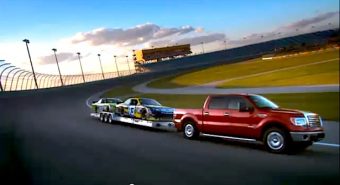 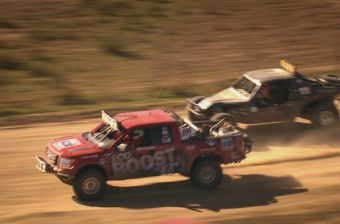 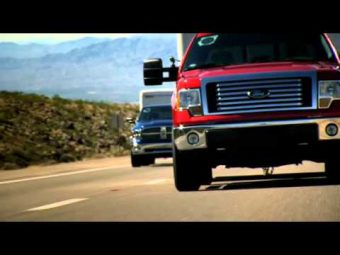 To ensure the highest quality, most reliable engines, Ford engineers studied the warranty history of the outgoing engines and developed testing procedures based on the real-world driving experiences from current F-150 drivers. Big power is great for bragging rights but Ford needed to prove EcoBoost engines were up to the task, long-term, before truck enthusiasts would embrace this new power plant. Engine validation consisted of 1.5-million hours of computer analysis, 13,000 hours of engine dyno testing with 5000 hours at full boost and 2500 of those hours at 5000+ rpm. Finally, 100,000 hours of vehicle testing was logged as engineers devised tests that pushed these engines harder and longer than any customer, in any climate, could ever possibly do. Prototype EcoBoost engines underwent a wide range of tests with all components undergoing testing equivalent of 150,000 miles. The Ford F-150 EcoBoost race truck used an engine that has the equivalent of 10 years of rugged use. Finishing the grueling Tecate SCORE Baja 1000 desert endurance race in just over 38 hours, traveling 1,061 miles. 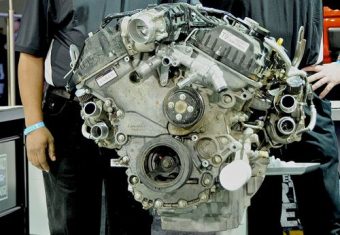 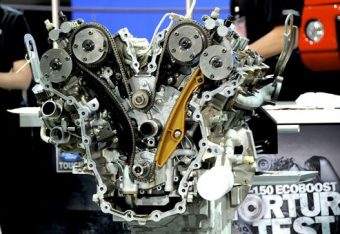 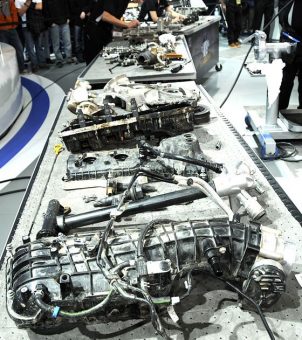 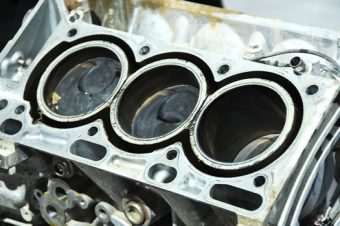 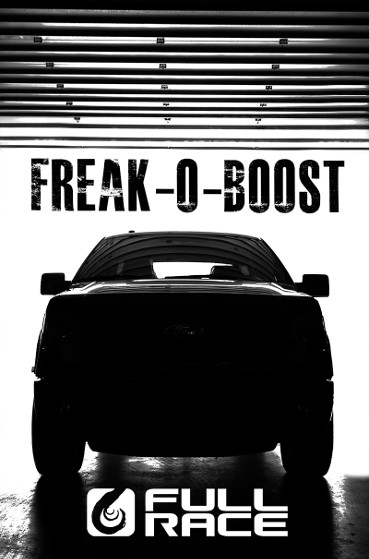